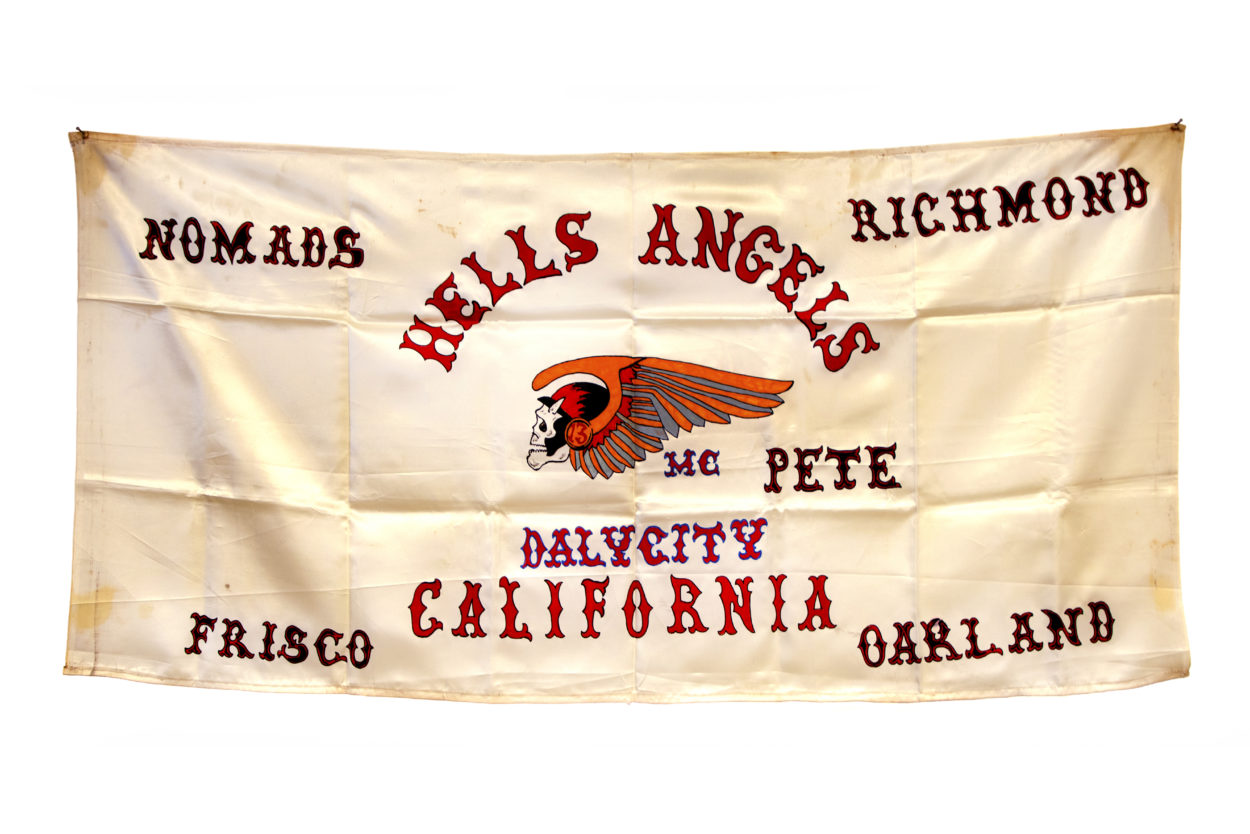 The 1960s was a tempestuous decade, similar to what we are experiencing today. It was defined by countercultures. A whole web of interrelated phenomena existed, which disrupted the system and provided a powerful alternative to corporate America, where revolutionary ideology and values were not met with a warm welcome.

By their very name, the Hells Angels MC inspire curiosity, fascination, skepticism, and often times envy, for their ability to roam freely. No rules, and no bullshit, which many people romanticize. Within the world of the Hells Angels there are legends who are long gone and only a few still with us. Some of those legends received notoriety during their lifetime, some posthumously, even more never received any credit at all, but deserve to be recognized for the footprint they left within the outlaw world. Without the movie Hells Angels ‘69, coinciding with the many defining moments of the 1960s, those legends most likely would have never been recognized. Hells Angels ’69 introduced many of these legends to the mainstream, and some of them are still recognized as symbols of the ‘60s zeitgeist. If you know where to look for them, the movie also shows hints of those unrecognized club members. And the movie offers a glimpse of how the club began to change, just as the innocent and idealistic values of the counterculture had begun to change by the end of the 1960s.

Hell’s Angels ’69 was released in theatres on July 15, 1970. While it lacked any sense of a storyline, it was, in my opinion, the most cinematic of the “Bike B Movies” that were made in the 60’s/70s. Terry the Tramps online memorial says he was “A seminal figure in late 60’s Northern California scenes”, and one can sense that just from seeing him on the screen. He became a style icon. The film was also part of Sonny Barger’s ascent into becoming the “international face” of the Hells Angels and is what made many people believe that Hells Angels started in Oakland. To the viewer he was an unapologetic leader, who fought for the right to be free.  Behind the scenes is a tale all of its own, with many members and charters not receiving what they were promised,which included everything from screen time to monetary compensation. It began the departure from the club of many long-time members, who saw the club going in one direction, or to one person I should say. This is a story that’s never been told until now.

When I hear the word Hells Angels, I think of Gut, Terry the Tramp, Dougie Poo, Buzzard, Sonny Barger, and another, who receives zero recognition: Pete Page, founder the Daly City Hells Angels MC in 1966. His former club, The Presidents MC Frisco, being patched over to become the Daly City chapter of Hells Angels. Within the first week of the patch over, he invented something that changed, and help grow, the Hells Angels, into the most powerful club in California at that time.  That story will be covered in a future post.

Pete Page had heard about an abandoned house, on 30 acres, outside of Daly City. He squatted on the property and turned it into the Daly City Hells Angels clubhouse. During pre-production of Hells Angel ‘69, the director and the producers saw the property as the perfect on-screen clubhouse. It looked exactly how it appears on screen in the movie. There was no production designer covering the exteriors broken windows with sheets of plywood, and then spray painting them with the club’s insignia and phrases which shocked the viewers at the time. The interior of the clubhouse, with its pulled patches, lined up and hanging from the tops of the walls, were not thrown together for dramatic effect and neither was the flag that you see above. The silk flag, with beautifull patina, was hand painted by a prospect for Pete. It hung from the clubhouse wall, for three years, exactly where you see it on screen in the film. The flag was a tribute to the five Northern California chapters, that had formed its own alliance against the Berdoo Chapter in the South. This will be covered in another blog post. After Pete left the club, in 1970, the flag was folded up, placed into a plastic bag, and sat in a safe for 50 years, until we took possession of it.

An Original Copy of the Hells Angels 69’Club Contract

This contract was sent to the president of every Hells Angels MC chapter at the time.

Above is the response, to the contract, from the attorney who represented one of the club’s chapters. As you can see the attorney advised his client to not sign it. 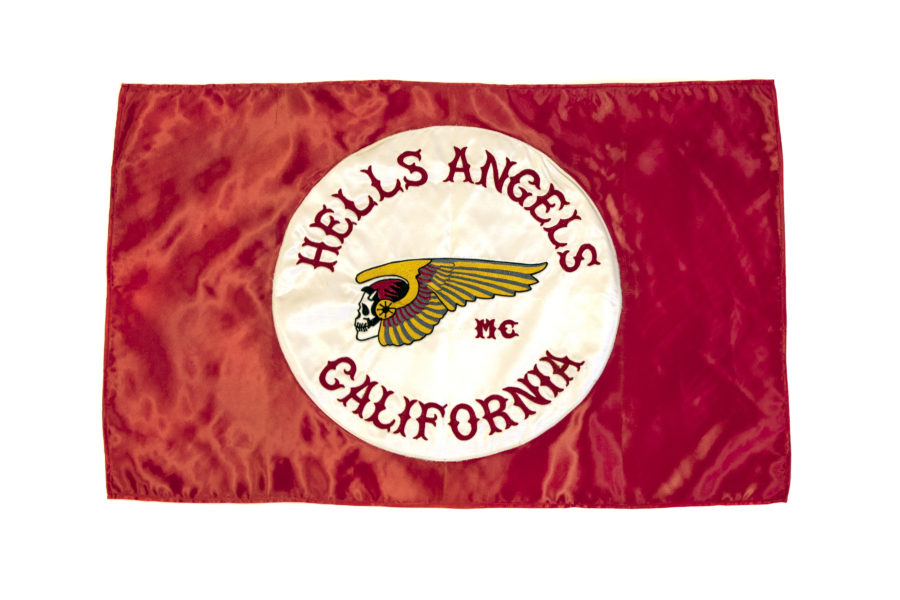 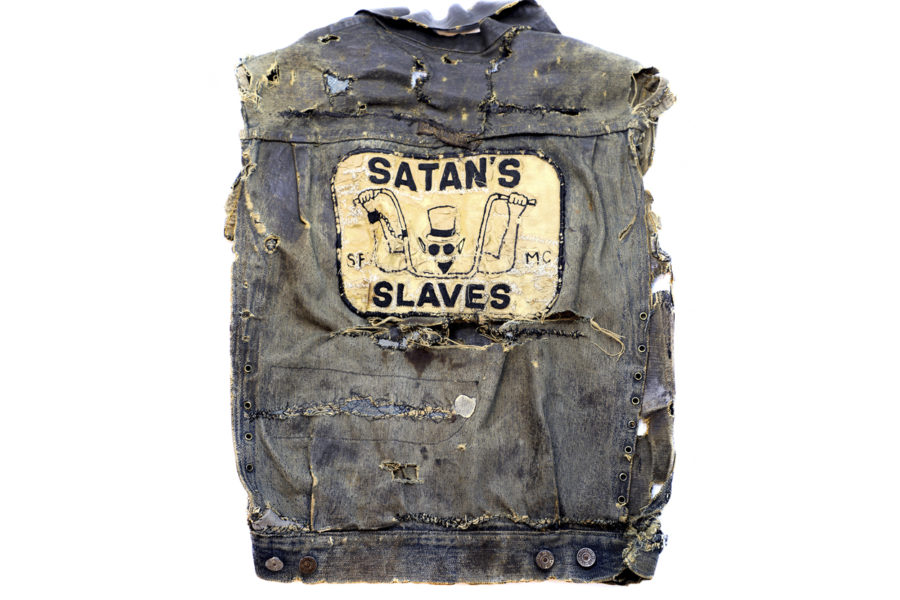